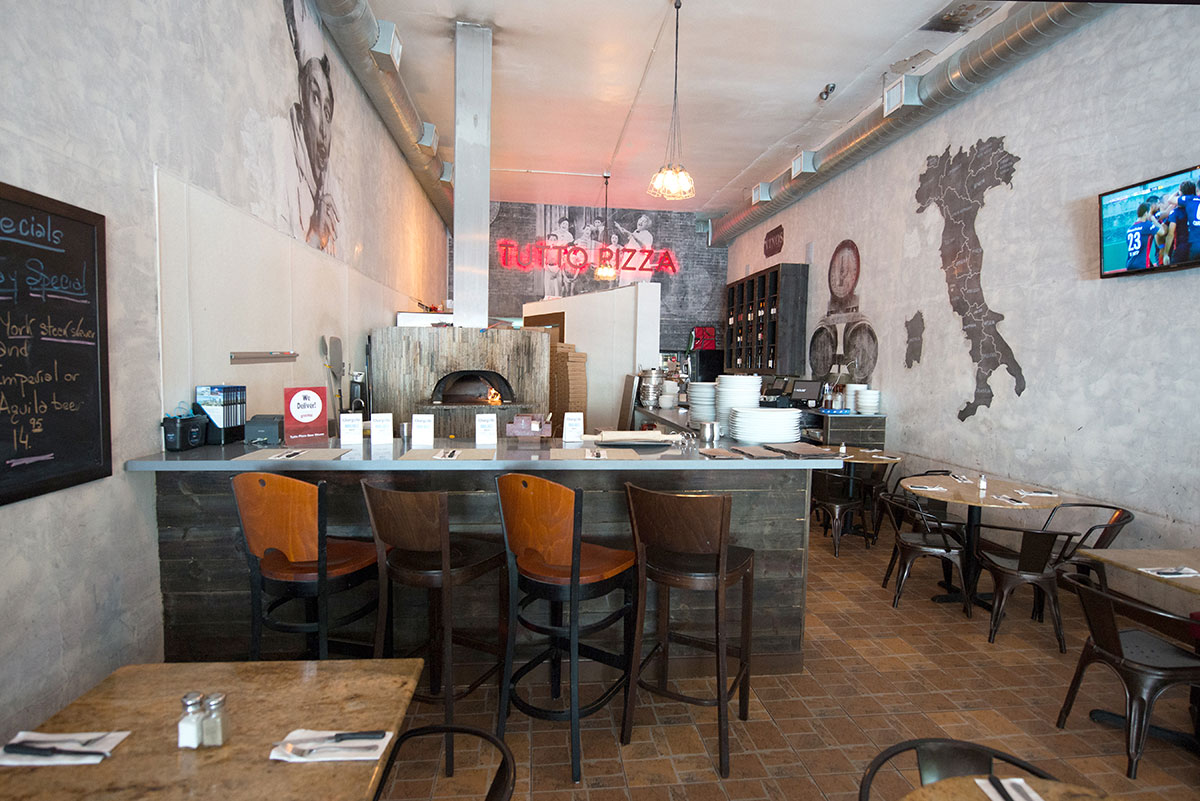 For almost 20 years, Joao Oliveira has been cooking up a blend of Italian favorites from his West Brickell eatery that has long been a neighborhood favorite. Its laidback atmosphere is the perfect escape from the Brickell bustle, and its palate-pleasing menu will keep you excited to come back for more.
Whether you’re lured in by the authentically prepared gourmet pizzas baked in a 700-degree oven or by the fresh flavor-packed salads that pop with sweet and tangy passion fruit and lemon-honey dressings, Tutto Pizza has been bringing people around the table for Oliveira’s satisfying recipes, some which have been passed down for generations. “My first kitchen experience was with my family back in Brazil,” he shares. “We would go to my grandparent’s house and I would cook with my grandfather who was an Italian chef and owner of a restaurant in Brazil; I always enjoyed eating and watching the production that took place in that kitchen.” 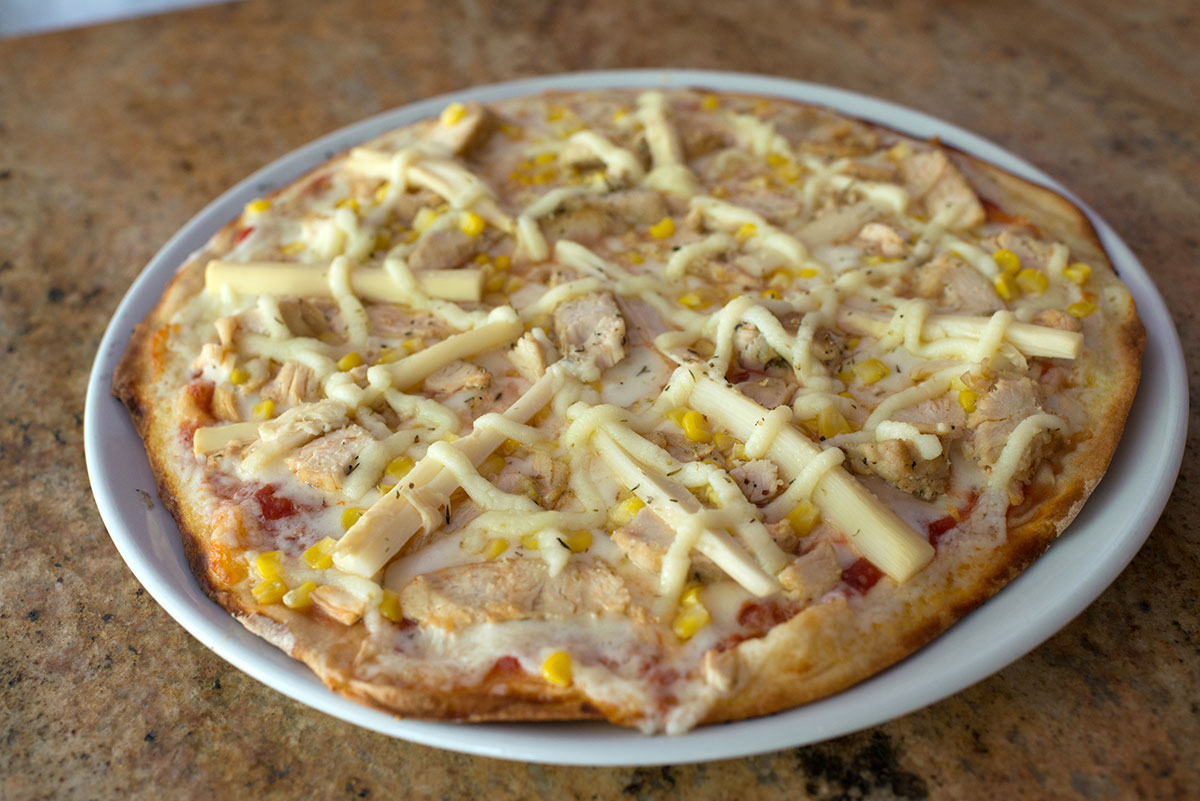 In fact, when Oliveira first came to the U.S., his first job was at an Italian kitchen. At every opportunity, he would help out the cooks and chefs in the kitchen. One day he was offered a promotion: Move to the front of the house or take over a station in the kitchen. He chose the kitchen. While his friends thought he was crazy to pass on the extra cash he could make front-of-house as a server, Juca — as his life-long friends call him — knew he wanted to be Chef Juca and his culinary career began to blossom. “I’ve always preferred to keep it fresh and simple; I let the dish and flavors speak for themselves,” he says. “I love seeing how the different ingredients come together to form one unified dish.” 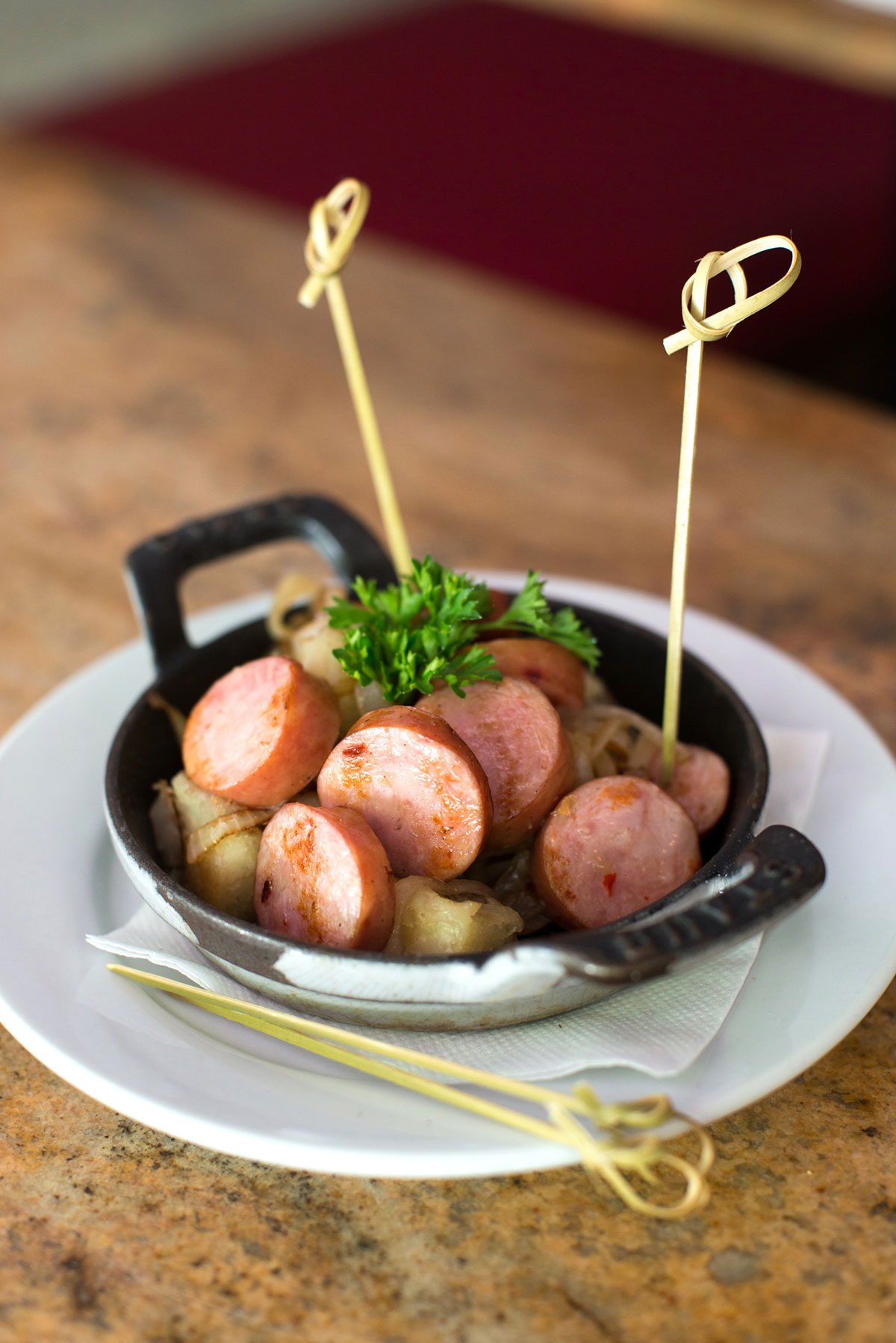 The inspiration for his dish creations come from his heritage, his life experience and his travels. “I grew up in Belo Horizonte, Brazil, and my grandparents were of Italian, Spanish and Portuguese descent,” he says. “I’m the sixth of seven children so I grew up eating at a very large table every day with dishes from those cultures.” Growing up in a big household, meals were the perfect way to bring everyone together at the end of each day. On the weekends, the grandparents and extended family would join in and Juca delighted in spending quality time over dishes of fresh homemade pastas and other culinary delights. “Food is meant to be enjoyed with friends and family,” he says. “The location and the dishes don’t have to be fussy or stuffy to be top-quality. I’ve always enjoyed making good, simple food in a casual and family-friendly setting.” 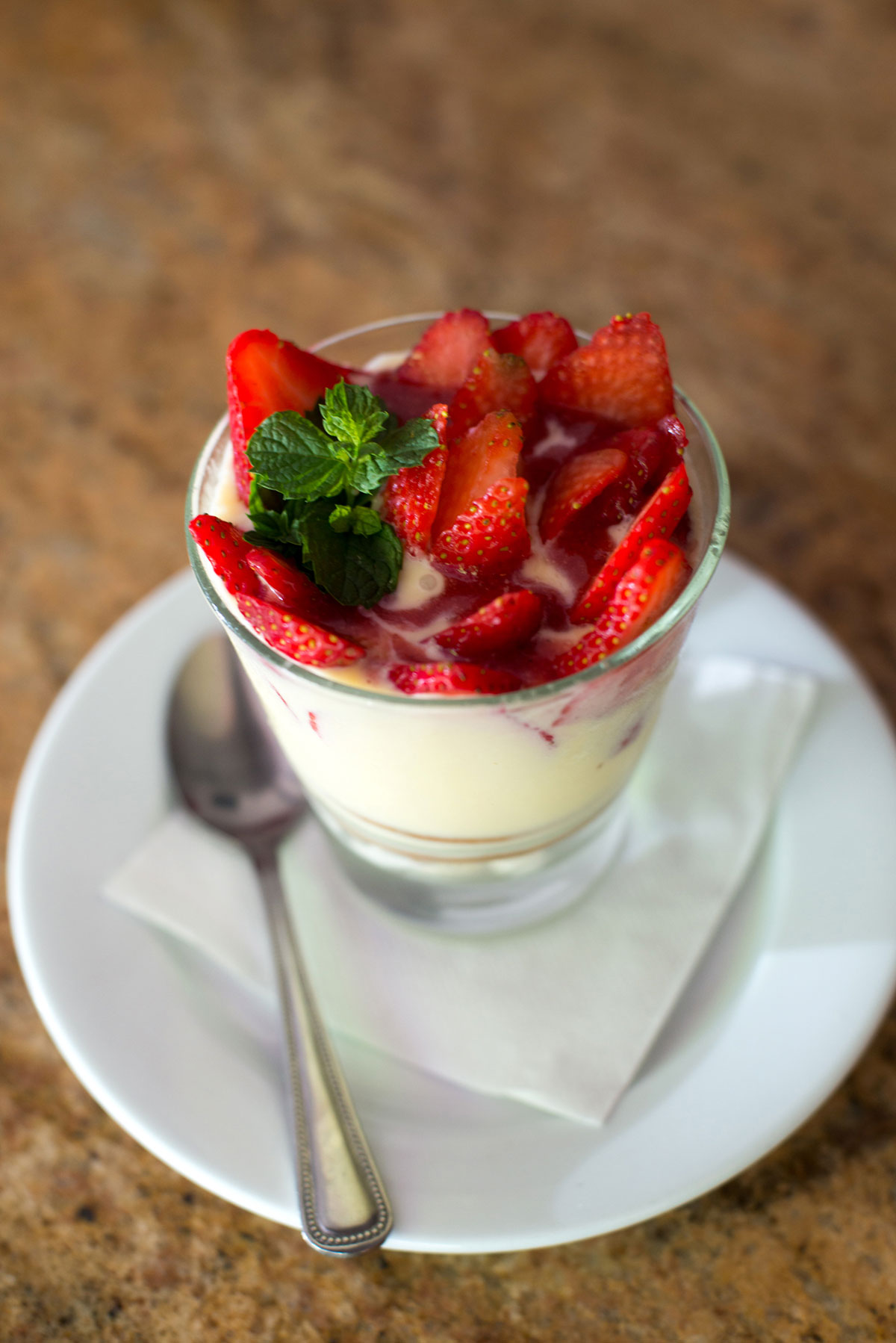 At Tutto Pizza, diners can expect a casual atmosphere, simply delicious food and a friendly staff. You can have a quick business lunch and enjoy one of their daily lunch specials or come in with friends and watch some sports on one of the many big screen TVs while enjoying a cold one. Their beer selection includes over 100 different beers including a robust list of craft and small batch brews from almost every continent on the globe.
Oliveira’s mixed Italian-Brazilian background is very well-represented at Tutto Pizza. Oversized Italian chef murals oversee the open kitchen, the traditional wood burning brick oven and the dining areas. Several of the pizzas have Brazilian ingredients such as catupiry and coahlho cheeses as well as calabresa sausages. You can taste a slice of Brazil in the Pizza Al Catupiry with catupiry cheese, corn, hearts of palms and mozzarella; and The Portuguesa with ham, mozzarella, black olives, eggs and onions; as well as the Pizza Mineira from Chef Juca’s native state in Brazil. “In addition to pizzas, we also have Brazilian appetizers like the Calabresa skewers, comprised of smoked Brazilian sausage sautéed with onions and fried yucca, grilled Coahlo cheese and coxinhas.” 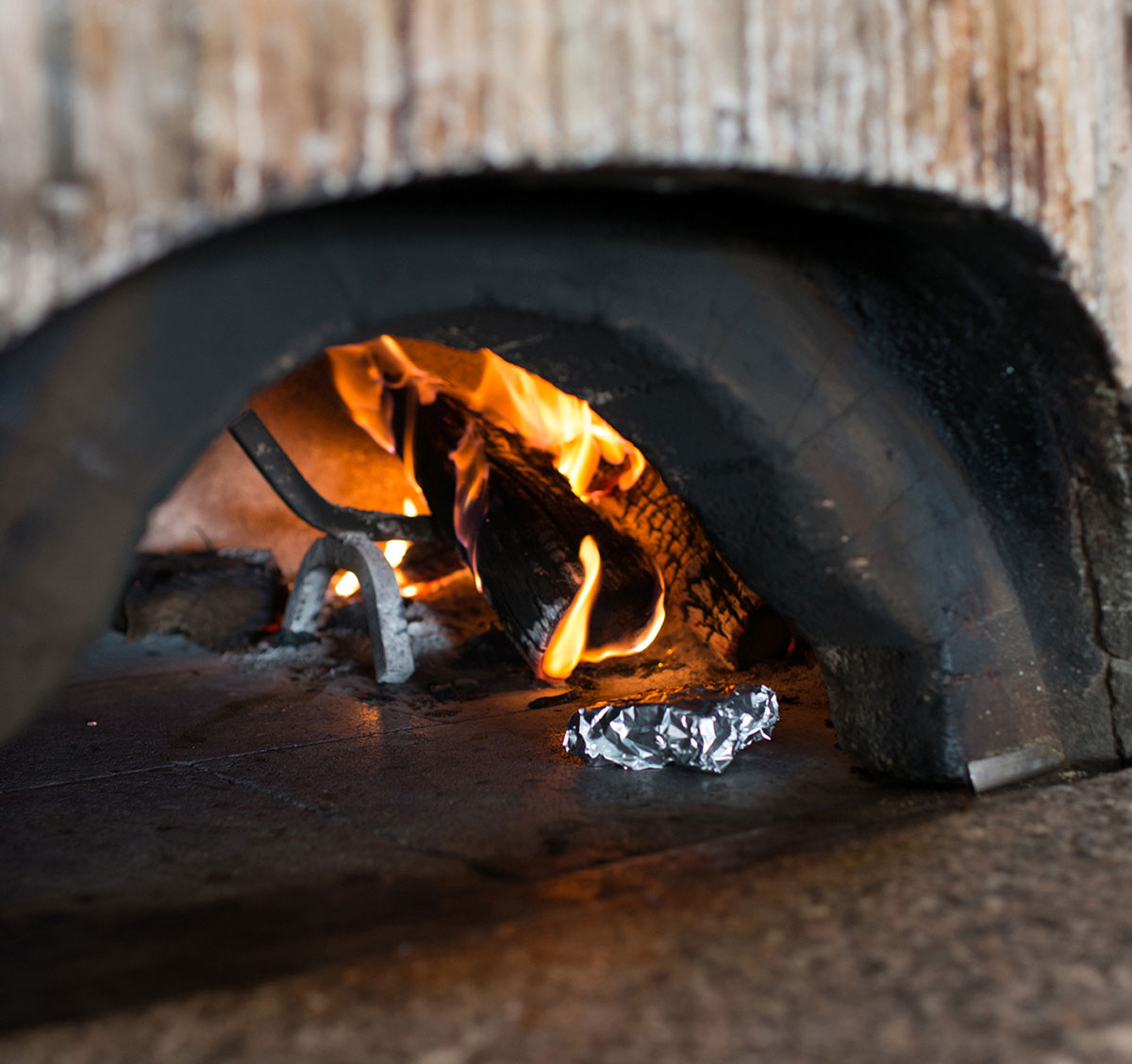 Once your appetizers and entrees are gobbled up, one thing you don’t want to miss it the delectable desserts. They are all made fresh from scratch at the restaurant each day and are worth saving up some calories for. The Banana Pizza, their signature Brazilian Pave dessert, as well as the Soufflé De Guayaba with guava and cream cheese ice cream are must-orders no matter what day of the week you visit.
Aside from his culinary achievements, Oliveira has an extensive history of giving back to the community. He takes pride in being able to contribute his talent and treasure to a variety of causes including the Kiwanis Of Little Havana as well as our men and women in uniform and first responders. “Since I opened my first restaurant, police officers and firefighters on duty that come in their uniform get a 25% discount,” he says. “We want to make sure that we honor those who serve and protect our communities every time they visit.” 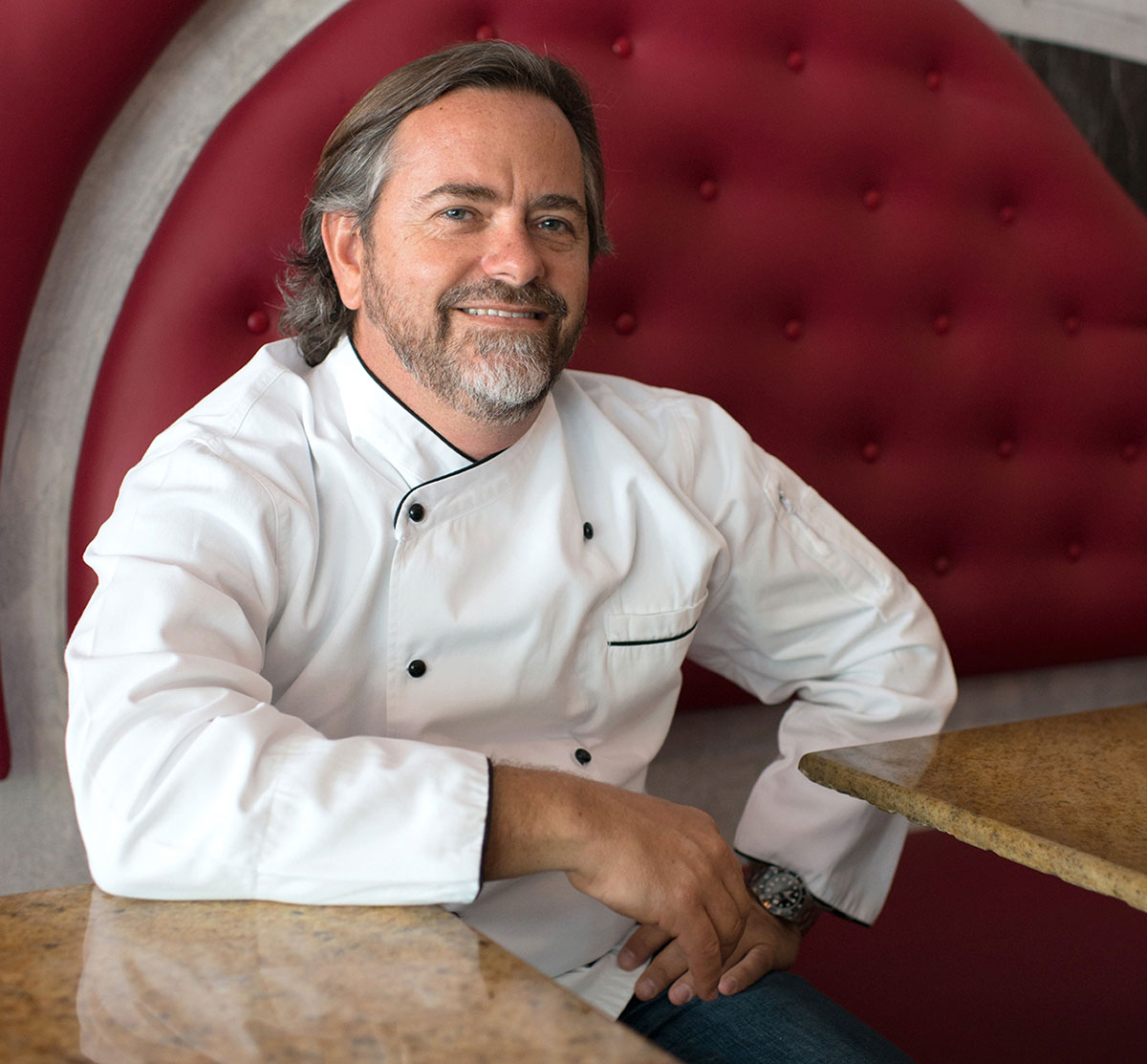 When he’s not busy cooking up smiles in the kitchen and serving up deliciousness in the dining room, he loves to spend the day by the pool with family and friends while firing up the grill for a Brazilian-style slow-cooked BBQ. And if his menu offerings at Tutto Pizza are any indication, anyone lucky enough to have him in their life are honorary foodies — and will surely keep coming back for years to come.
Tutto Pizza is located at 1753 SW 3rd Ave. in West Brickell. For more info, contact 305.858.0909 or visit TuttoPizza.com.