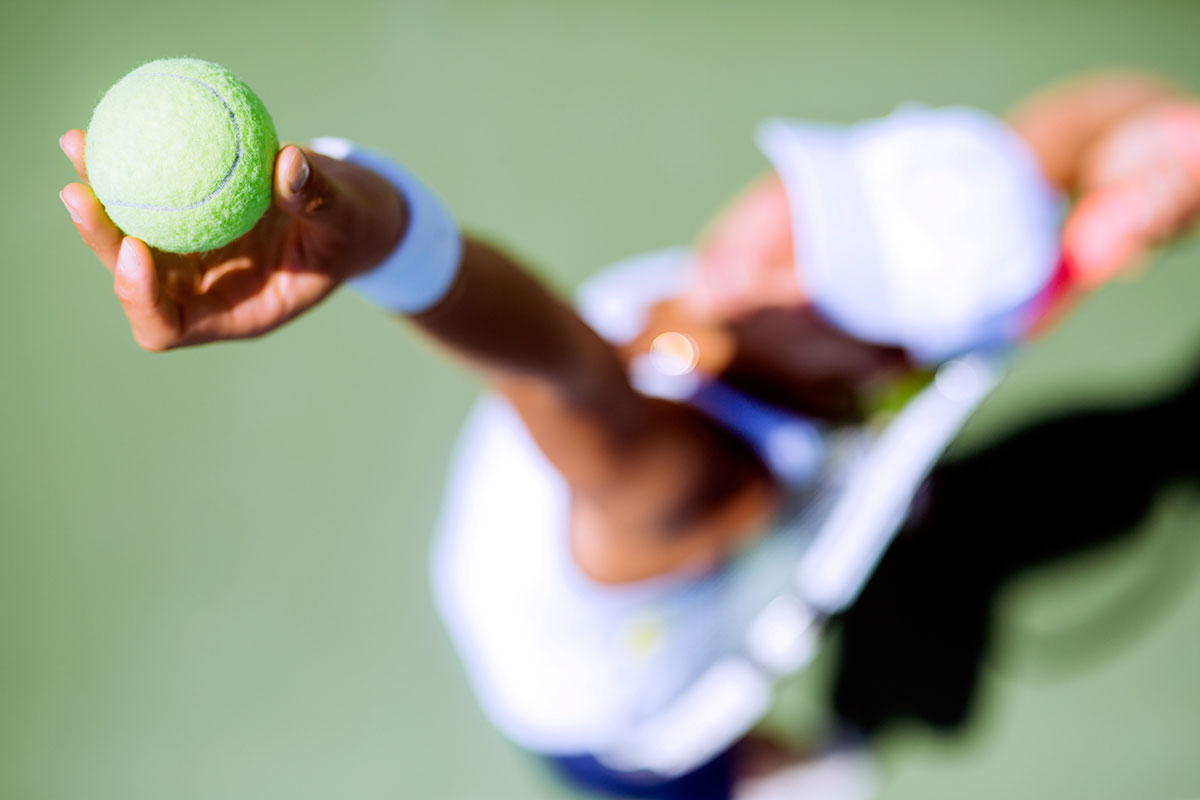 My instructor called across the clay court: “30- Love, serving.” What in heaven’s name does that mean, I thought. Am I winning? Cause that CAN’T be right. In a flash, a pea-green projectile arrives at my left-hand side. Moving with all the grace afforded to an overweight 20-year-old who’d spent a life thoroughly uninterested in athletics as a whole, I take two steps toward the ball, about 40 too short to make even a vain attempt at interception. The ball has disappeared. Adjusting my fresh white sweatband across my forehead (imploring me, in a petulant fashion, to stop complaining and Just Do It), I make a cursory inspection of the court. Finally, I spy the felonious globe, buried evenly ‘twixt the links of the fence separating myself from the jeers of my classmates, interred with such force that, had it struck me, would have thrust me toward some unknown corner of the globe. My instructor, merciless but patient, lets me struggle with the ball for what feels like 14 hours before smoothly removing another from her pocket.
“40- Love, serving.” In a vain attempt to distract me from the physical punishment my rotund form is amassing, from the inhuman heaving of my respiratory system and the ache already reaching deep into my bones, my brain begins to wax philosophical. It strikes me that this sport’s scoring system is much deeper, infinitely more poetic than it appears. Of what number love? How may this eternal quality (synonymous with Jehovah in the Bible) be quantified? And what would be the fastest possible way to drop this course? 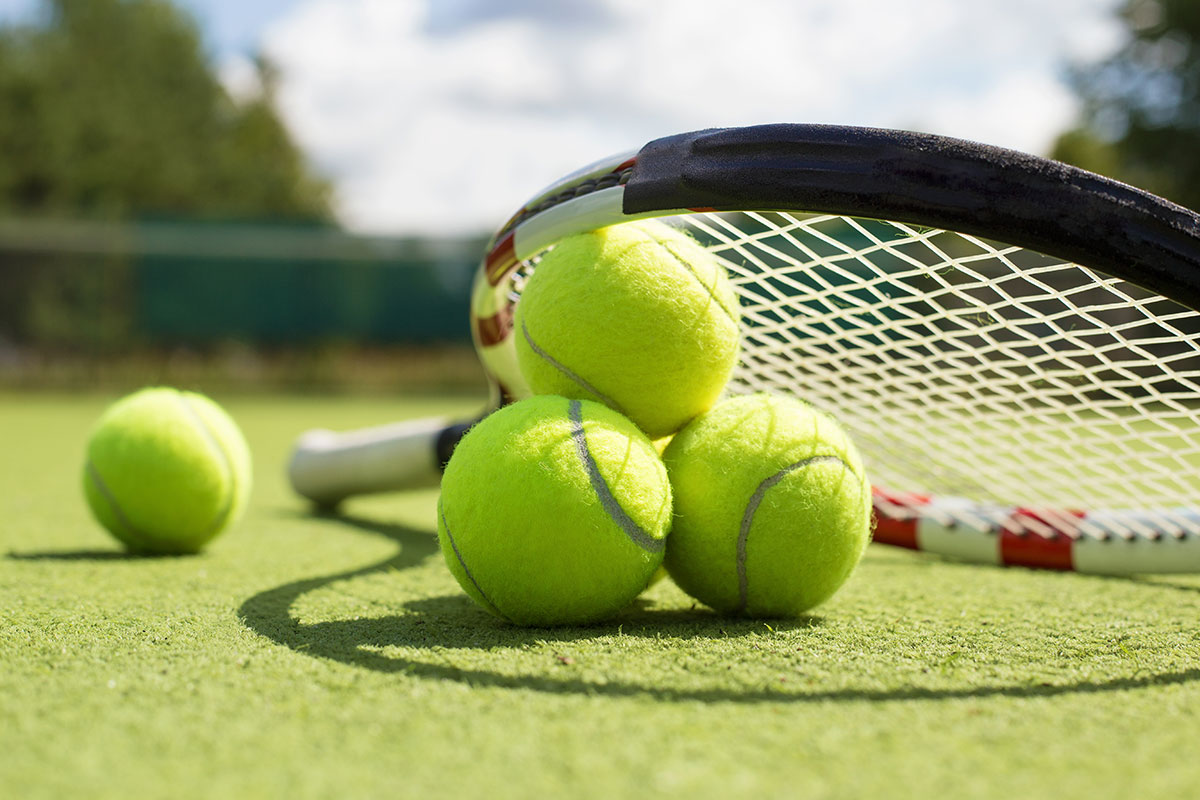 Truly a sport of kings, tennis is thought to have evolved from a 12th Century handball known as jau de paume, a game much beloved and innovated upon by 13th Century monarch Louis X, who built the first indoor court. The introduction of the racket in the 16th Century, coupled with a standardization of rules and a growth of interest across Europe’s regal and noble citizenry, caused the sport to take the form that we know and appreciate today. Descended from the French word tenez (translated roughly as “Hold!” or “Take!”…and etymologically similar to that peculiar Miami-ism dale) one of the most intriguing aspects of the sport is how much of its lore has been lost to history. The origin of its peculiar scoring system? Entirely unknown. Why zero is love? Knowledge similarly lost. The holes in this quirky sport’s history only add to its character, feeding it a nonsensical certitude that reflects the zen-like immersion required to participate. Why is tennis like this? Well, it’s because tennis is tennis.
Once considered far too continental for our nascent nation’s pioneering spirit, the first tennis court was not to grace The Americas until the relatively late year of 1876, just one year prior to the first Wimbledon championship. Primarily reserved for the Northeastern country club set, America’s entry into international tennis competition among the greater European powers, such as France and Great Britain, foreshadowed our nation’s entry into the world’s stage as a reckonable superpower. In a century that saw no less than two World Wars and countless smaller armed conflicts, it’s comforting to know that the Davis Cup, the first international tennis tournament, plodded along, a bastion of peace on a planet portending annihilation.
Our own modest portion of competitive tennis history, what is today called the Miami Open, was founded in 1985 by former pro player Butch Buchholz, a top contender of the ‘50s and ‘60s and preeminent administrator intent on creating the earliest professional tournament of the year. Dubbed the “Winter Wimbledon,” the Open was relocated from Delray Beach to Crandon Park, where it’s noted for its grueling pace, oppressive heat and lavish prize money, currently topped out at $9 million. 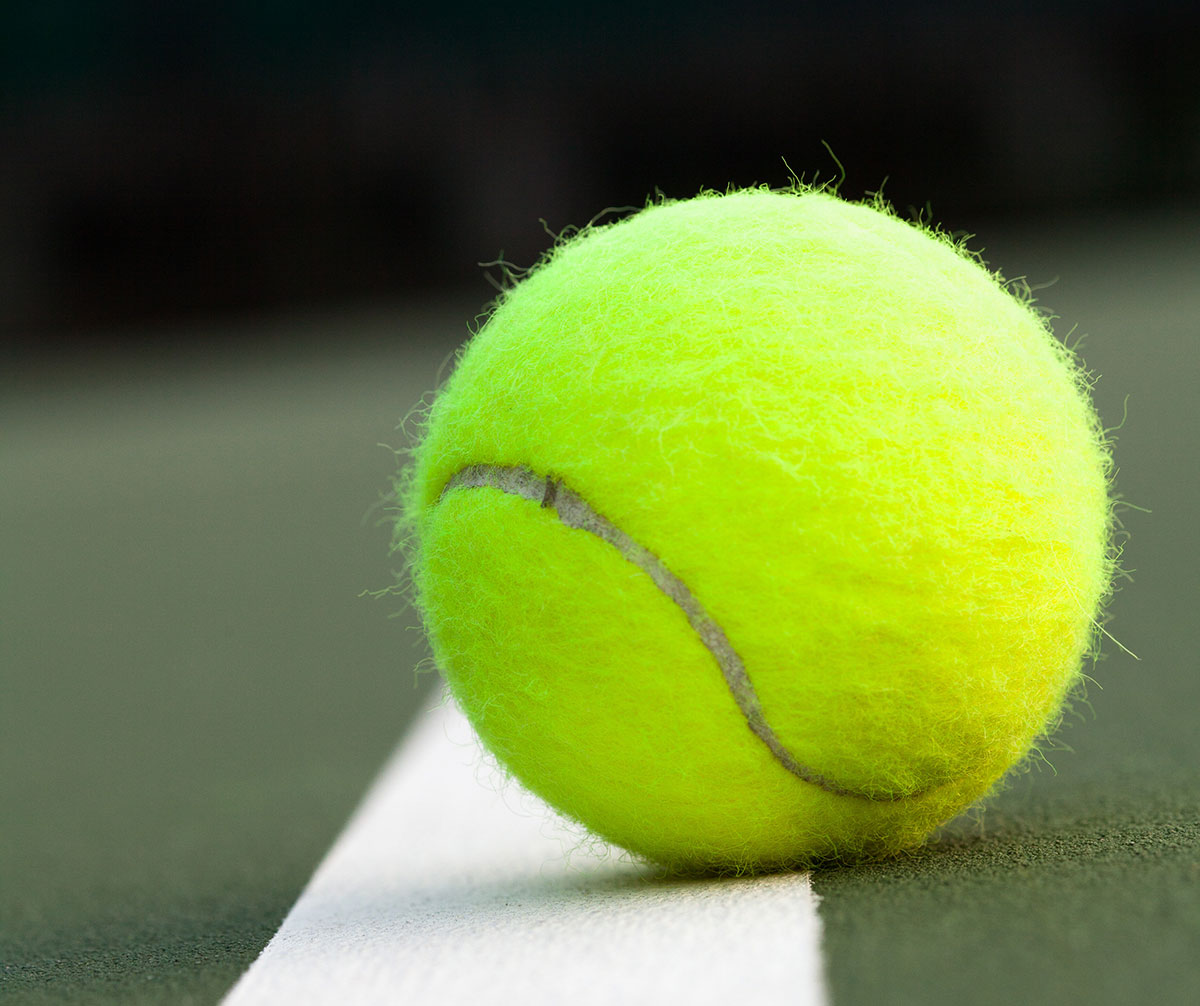 Upon reflection, it seems obvious that the sport’s ultimate allure is its antithetical stance to most of professional athletics’ most celebrated values and the aggressive old-world values best exemplified by more violent team sports. Even including doubles, this is a game thoroughly committed to skill and grace, the pomp and personality of the individual player unhampered by autocratic groupthink and military-rigid hierarchy rounded out with its amplification of what was once considered the more feminine athletic virtues. Strength, while important, is not so nearly as prized as agility and speed. This is a game of balletic finesse, relying primarily on the flexibility of the player’s orientation and mentality to achieve victory. A truly professional game is not about a fiercely contested match; it’s about choreography, shared in equal parts by players and the ball, a circuitous dance not dissimilar to orbital mechanics or the rocketing of quantum phenomena. It is only fitting that this sport, drawing on a uni-sexed pool of prized athletic characteristics, would feature just a many (if not more) female celebrity players as men. In what other athletic contest are the men’s and women’s finals held in such equal esteem? For a game sporting values far ahead of its time, it’s worth noting that the future of this sport seems to look remarkably similar to its present. No longer the province of hungry young amateurs, the enhancements in racquet technology and the bounds accomplished in sports medicine mean that the top names of the tours are decades-long veterans of a game widely considered one of the most physically punishing in the world. In truth, it takes a true sage of the ball-and-racket to champion this game, as well as years of maturation and training to truly realize the scope of one’s skills. 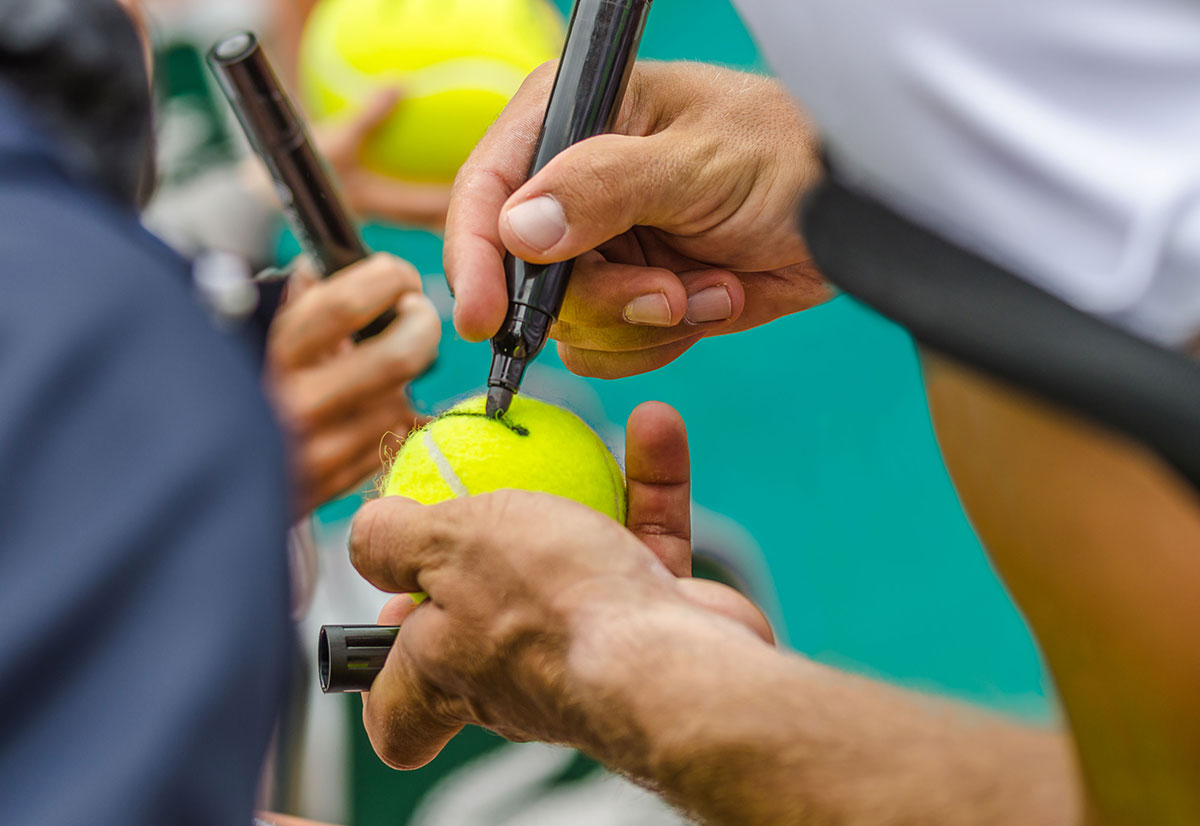 Tennis, like all games, is a game of endurance, with so many games necessary to win sets, so many sets to win matches, a season that spans the whole year and globetrotting tournament participation necessary to ascend to Grand Slam status. The staid nature of the titans of the field brings an undercurrent of excitement to each year’s match-ups. Eventually, the Federer’s and Williams’ of the sport must step aside. And who will ascend in their absence? Only time will tell.
For myself, I would lie to you if that first thoroughly humiliating experience left me with a total distaste for this sport. Every so often, I’ll cycle pass my neighborhood and look, if not longingly, then at least almost wistfully, at the grinning participants of a friendly match, their vibrant, tanned physiques matching their healthy, spritely strides. Maybe one day, I think, I’ll dig up my long-stashed away rackets and join the court. One day. But almost certainly not today. In the meantime, I’ll enjoy the game from the comforts of my couch or in the stands with a burger and some fries in one hand and a cold refreshment in the other, snapping my head left and right in collective unison with the fans.