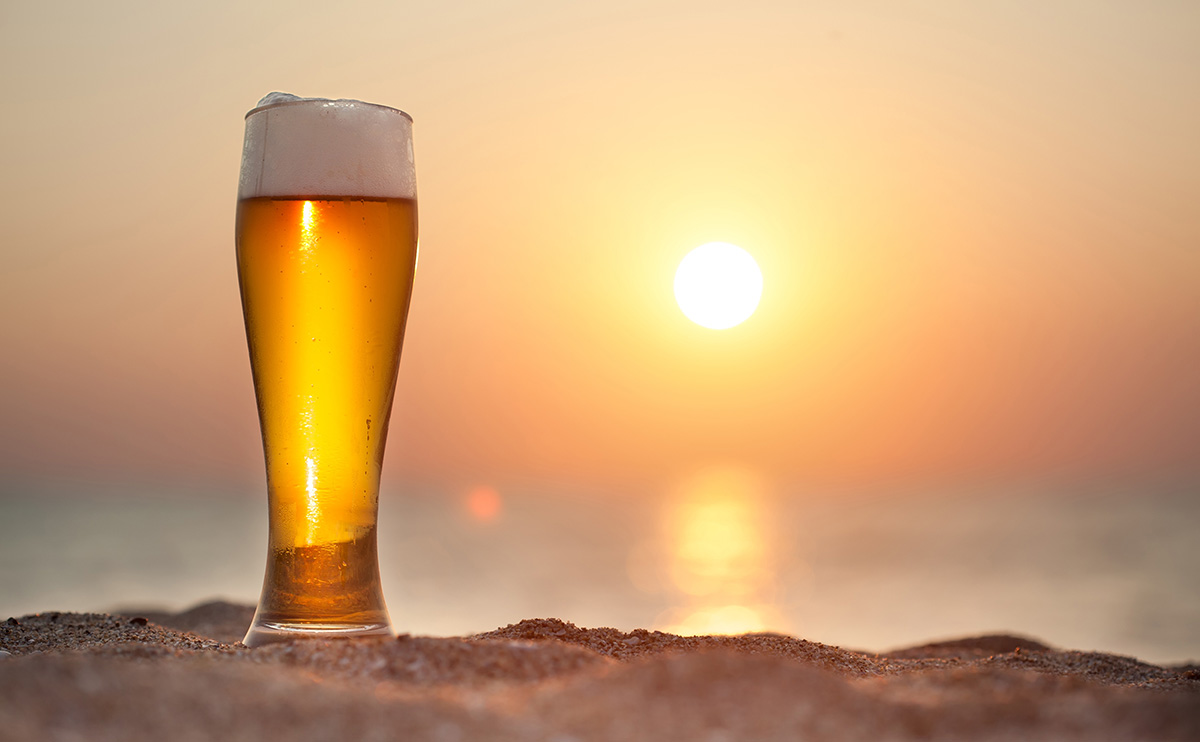 Thanks to the Aztecs, Chargers and Padres; San Diego is an eternal sports city. Just a stone’s throw from PETCO Park, home of the city’s baseball franchise, stands Mission Brewing. Housed in a repurposed Wonder Bread factory, they open early for tailgaters eager to toast. Inside the stadium, there’s such an extensive list of Mission’s offerings you’d think there was an underground supply tunnel connecting the two. Popular selections include Hard Root Beer, a 7.5% sarsaparilla stinger that can only get better with an assist from a baseball-sized scoop of vanilla ice cream. The brewery hits another homerun with their Cannon series. Four of their flagship brews are offered in 32 oz. “shareable” cans, including their double-digit ABV Double IPA aptly named Shipwrecked; MissionBrewery.com.
Fans of puns and suggestive beer labels need look no further than Belching Beaver Brewery. Their creatively named Me So Honey Wheat Ale and Great Lei Pineapple IPA will not only bring a smirk to your face, but it will also satisfy your senses. There’s a culinary angle to their ales; so savoring, smelling or swirling these will most likely make you ravenous. Luckily, their next door neighbor, Crazee Burger, can kill your cravings for game meats like antelope, ostrich and (shhh…don’t tell any Australians) kangaroo. Using a local lens, one could call the North Park neighborhood where the tasting room is located the “Wynwood Of The West”. A 5-minute stroll around the community might connect you with a farmer’s market, cold brew coffee shop or the Ray Street Arts District; BelchinBeaver.com.
Like Gregor Clegane palming a Fabergé egg, White Labs takes the traditional idea of a taproom and crushes it. Less of a brewery and more of a liquid yeast supplier that caters to homebrewers and professionals alike…their research is only available on-site. The beer engineers approach a style, say a pilsner, and while using the same ingredients and scientific methods, will pitch diverse strains of yeast to create distinct batches. When sampled as a flight, the changes in color, aroma and flavor become apparent; WhiteLabs.com.
If American craft beer could ever be defined by an area, it’s San Diego, and the San Diego Brewer’s Guild can help you plan your ale adventure. They know you can’t live on lagers alone and freely share a wealth of resources including maps, glossaries and guides to initiate you into the city’s sud scene; SanDiegoBrewersGuild.org.