Key Biscayne has an interesting story going back to not just the first human development, but to its own development. The glamorous barrier island was formed from sand eroded from the Appalachian Mountains. After 500 shipwrecks on the Florida Reef in the mid-1800s, Cape Florida Lighthouse was built in 1825. The first mansion on the island was a 2-story, 5-bedroom “cottage” built by Pineapple Plantation Owner Waters Smith Davis, as a quiet retreat for his family, around 1898. Just 2 years prior, The Flagler Railway arrived in Miami. Several subsequent owners, including James Deering, had visions of turning the island into a tropical resort, but things didn’t really pick up until the Rickenbacker Causeway opened in November. 1947. And the rest, as they say, is history…

PRIME PROPERTIES
Whether you want to upgrade to a bigger home on Key Biscayne or experience living on the island for the first time, these properties may be what you’re looking for. 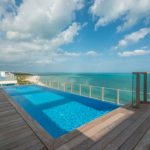 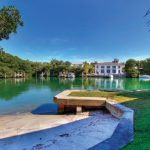 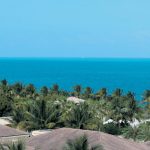